Officials of the Stryi City District Employment Center organized a professional excursion for 8th graders of the local secondary school # 4 to the Striteks sewing factory.
With great interest, the students listened to the history of the company. They learned that as early as October 1944, a small sewing company was founded, employing 54 people and specializing in the manufacture of clothing. In 1962, Stryi Garment Factory became part of Zorya IDP and sewed school uniforms. Due to the divestment of light industry enterprises, the factory became a legally independent firm again since 1992. Since then, the production has shifted to market needs, the product range has been updated accordingly, and women’s dresses, blouses, skirts, work suits and more have started to be made here.
During the years of its formation, Stretex established cooperation with many foreign companies. For example, with the Slovak firm “Enexim”, the French “Essam”, the Danish “Mascot” and “Kansas Denmark”, the Swedish “Fristads”.
During the professional tour 30 boys and girls visited the factory premises, the latest technological equipment, got acquainted with all the operations on sewing machines. The students closely watched the process of manufacturing work clothes, saw how seamstresses, cutters, machine adjusters and other members of the workforce work.
While looking at the various functions of the producers, the students asked them questions and immediately received comprehensive answers. Such activity testified to young people’s interest in sewing craft.
Although the participants of the cognitive event still have time to choose a profession, however, some of them have already seriously considered their professional future.

Web-site of Stritex has been updated

Every day, despite the financial crisis, the corporate environment is expanding, the… 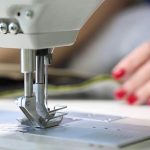 Web-site of Stritex has been updated 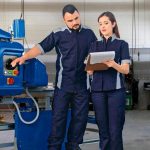